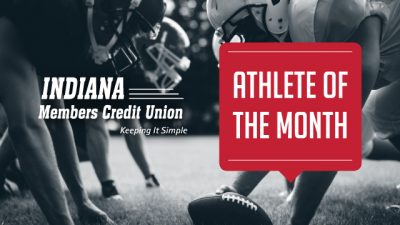 Blackhawks fans! It’s time to vote for the February 2021 Indiana Member’s Credit Union Athlete of the Month. Nominated for Sheridan High School this month is:

Corbin Murray is a basketball player at Sheridan HS

Suder is the second leading scorer for the #2 ranked Greyhounds. Peter has started since his freshman season. He help lead Carmel to a seventh consecutive Sectional Championship. He has been named to the prestigious All-MIC Team following the season

Robert capped his senior season and his Greyhound career by finishing as the Runner-Up at the IHSAA State Meet in the 160 lbs. weight class. He won three matches during the preliminary rounds of the state meet, including a fall in the opening round, before losing in the finals 15-11 during a hard fought match. He finished his senior campaign with a 43-2 record

Noah is a senior on the basketball team. He averaged 12 points and 5 rebounds per game. He is a first team All-Conference honoree

William finished as the Runner-Up in the 1 Meter Diving event at the state meet. His final score was an impressive 557.00. His 17 second place points helped Fishers capture the Runner-Up team trophy in this year’s state meet

Tim is the 152 lbs. varsity wrestler for Noblesville. He was part of the Sectional Championship team, finishing in 2nd place himself in the 152 lbs. weight class. He advanced to the Pendleton Heights Regional meet, finishing in 2nd place. He qualified for the New Castle Semistate. He carries a 3.9 GPA and was recognized on the 1st Team Academic All State by the IHSWCA

Emily is a 2-year starter on the girls basketball team. She was recognized as Honorable Mention All Conference for the 2021 season. She was the captain of the team that captured the Sectional Championship this season

Morgan captured the state championship in the 1 Meter Diving competition for the second consecutive year. Her final dive score for the meet was 517.30. Her performance helped the Fishers team finish on the podium as the state Runners-Up. Morgan will continue her diving collegiate career at Indiana University

Margaret was honored as the Mental Attitude Award recipient at the conclusion of the state swimming championships. During the meet, she was a part of the state champs 200 Medley Relay team and a state finalist in the 100 Breaststroke and 50 Freestyle. In the classroom, Margaret has earned a 4.40 GPA and has taken 29 AP courses. She volunteers for numerous community events and coaches younger swimmers. She will be swimming next year at Purdue University.